Search Site
Menu
Home / Blog / Could Your Estate be a Windfall for the Wrong People?

Could Your Estate be a Windfall for the Wrong People? 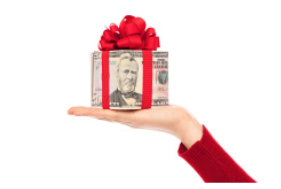 I was talking with a grandmother recently about the devastating loss of her adult son, Bill. She explained that she was in shock because her grandson was not entitled to any part of Bill’s estate. After asking a few questions, I understood why.

Bill had died without a will. Bill’s son, Jason, was his only child. By law, Jason was not entitled to any part of his father’s estate because he had been adopted by his mother’s new husband. Oftentimes, people do not think about the impact adoption has on their final wishes. If Bill had put an estate plan in place and specifically named Jason as the heir, then it would have been a different story.

The law firm of Thomas Walters, PLLC focuses on all aspects of estate planning, including trusts, wills, disability documents and probate. There is no better time than the present to put things in place so that the right people will inherit your hard-earned assets. Contact us today at (888) 787-1913 to schedule an appointment or register at www.twestateplanning.law to attend one of our upcoming educational events and learn more about putting the right plan in place for you and your family.